The morning the Lent Assizes opened in Bury St Edmunds on Saturday March 27th 1847, 17-year-old Catherine Foster, dressed in deep mourning and ‘evincing little alarm at the awful position she stood in’, replied in a firm voice “not guilty” to the charge of poisoning her husband. By ten past seven that evening, the prosecution and defence had been heard; the jury had retired, returned and pronounced young servant Catherine Foster guilty of killing the man she married just three weeks before the deed.

The chief judge, a stern-faced Londoner and on the side an acknowledged mathematician, Sir Frederick Pollock, did not mince his words but was in a hurry to get to his dinner. He told her that as it was late she would be brought back into court on Monday to receive her sentence of death. 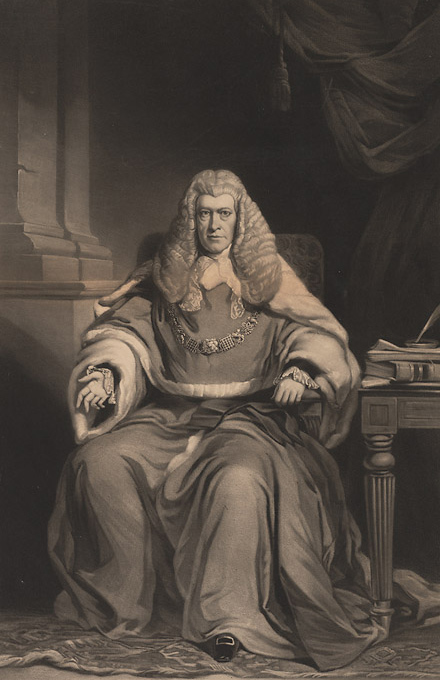 Judge Pollock; the majesty of the law

Some minor social historical facts came out in the evidence that day. No-one thought ill of the fact that Catherine had been groomed by husband John for some three years while she was still a pupil at the village school. John had told Catherine’s mother that he wanted to “have” the schoolgirl, seven years his junior, when she was still 14 or 15.

After Catherine left the village school next to her house and went into residential domestic service in another village, he had pursued her — stalked her you might say. A good lawyer these days would have made much of this.

Catherine seemed to be one of those unfortunates that life simply acts upon. She articulated no preference for marrying or not marrying John, but seemed simply to go along with his wish. Her one ambition in her short life — to have the time to visit her aunt 20 miles away and to see the relatively bright lights of Bury St Edmunds — was thwarted before her marriage. Working as a live-in servant, she was only allowed one day off during her year-long employment and her dream was impossible. Days after she set up home as John’s wife, she did take ten days to visit her aunt. During that period she realised, too late, that she should have remained single and moved to the town. Well, four months later, she was back in Bury, or to be precise in Bury gaol.

You have to ask this of the prosecution though. In mid-October she married, so you might guess that murder was not uppermost in her mind. She visited her aunt and within days of her return, if you believe the prosecution, she had developed the mens rea, and had obtained the means — and yet the aunt was not called. No-one bothered to ask her if she bought arsenic or had arsenic in her house. Neither prosecution not defence questioned what went on during Catherine’s absence from the village. It would have been more complete a case if it was established she had been with her aunt all the time she said — or had she been visiting another man? Was there an accomplice?

Her husband John had plenty of reasons to marry, but love wasn’t high on his list. He said that he was tired of living at home with his mother and sisters, as he was annoyed that both his sisters had “chance children” or illegitimate offspring. Whether it was the moral stigma or the noise and nappies of small crying babies, he jumped at the opportunity to move into the relative quiet of a house in the village with his new wife, her brother and her widowed mother. There was the added expectation that he would take over as man of the house and eventually when his mother-in-law died the de facto owner perhaps.

Monday morning and at nine o’clock Catherine was back in the dock. The judge summed up and told the court his mind was the same as the jury’s. With the symbolic black cap over his white horsehair wig, he concluded: “And it is my melancholy duty to pronounce the sentence of the law upon you, which in conformity and in obedience to the law of God, requires that your life should be forfeited for the crime you have committed. I would advise you to make the utmost use of the short time that may remain to you in this world. Seek peace and mercy where now alone you will be able to find them. It remains for but to pass the judgment of the law, that you be taken to the place from which you came, and thence to the place of execution, and there be hanged by the neck till you are dead, and that your body be buried in the precincts of the prison in which you shall last be confined. And may God in His infinite mercy have compassion your soul.”

The local reporter covering the case added “the prisoner bore the sentence almost unmoved, merely applying a handkerchief to her eyes at the conclusion. We understand that she has since been somewhat more affected, but not in a very great degree.”

Next; the execution and a startling revelation

6 Responses to Catherine Foster; the trial